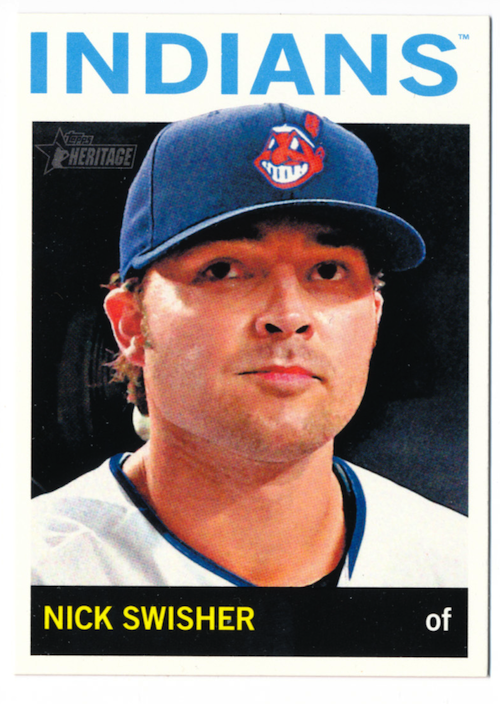 The first baseball card sets of 2013 have arrived and that means it’s time for the first card of Nick Swisher in a Cleveland Indians uniform.

The set? Why, it’s 2013 Topps Heritage — a modern-day remake of the 1964 Topps set. I’ve pulled just two from packs so far — it’s obviously a Photoshop job (I give it three Swishes out of five), but it’ll do for now since the ol’ airbrush wasn’t uncommon back in the day.